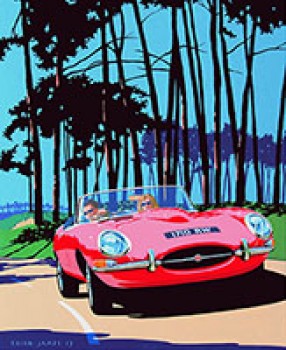 Brian was born, and grew up in Birmingham. The two great passions in his life at that time were art and design, and cars. He decided to follow art as a profession and studied graphic design at Birmingham College of Art in the late sixties. Whilst there he designed the now familiar and iconic Union Jack flag painted on a Bowler hat, which won a national graphic design competition. A few years ago the original hat was sold by Christie’s in London to the New York Museum of Design.

After graduating, Brian went into advertising as an art director for 7 years, during that period he became interested in illustration, and left the ad agency and started as a freelance illustrator. Brian joined Meiklejohn Illustration in London, and was soon busy working on some of the biggest national and international advertising campaigns, for companies such as Barclays Bank, British Airways, Boots, Cadburys, Jaguar, London Transport and Volkswagen, to name but a few. He is still commissioned from time to time to illustrate magazine advertising campaigns and posters.

In recent years Brian has turned his attention more towards fine art, with work published in Europe and the US by companies such as Bruce Mcgaw Graphics and The Art Publishing Group. A large number of these images have been in the art deco style. This period had fired Brian’s imagination from an early age, after seeing and admiring art deco buildings, from 1930s cinemas, shops and department stores, to the white painted buildings you often find at the coast in the UK. He always thought these had a certain style and feel of a bygone era, long before knowing what art deco was.

From that start, Brian’s interest has grown into all things of the 1920s-30s period, and of course automobiles, hence a return to one of his first loves. Brian works in two distinct styles, the art deco flat colour image, influenced by the posters and graphics of the 20s-30s period, and a more traditional painterly style, of acrylic on canvas. In either style he likes to capture the way the light shines and reflects on the surface of the vehicle, giving a very solid metallic feel, Brian thinks it is important try and sit the car in a setting appropriate to its era, and style.

Clients include: BMW in Germany, Salon Prive, HRH the Crown Prince of Bahrain, and Bedford Estates, as well as numerous private collectors and car owners. 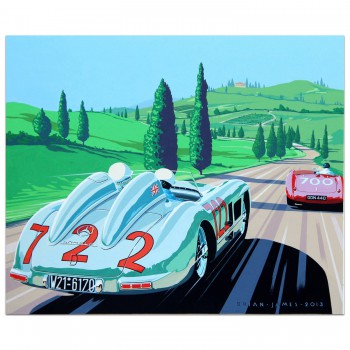 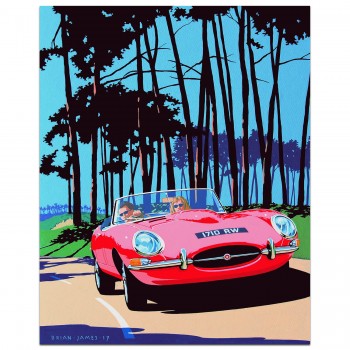 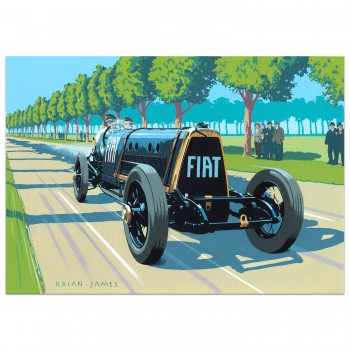 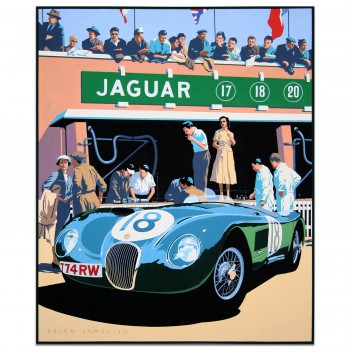 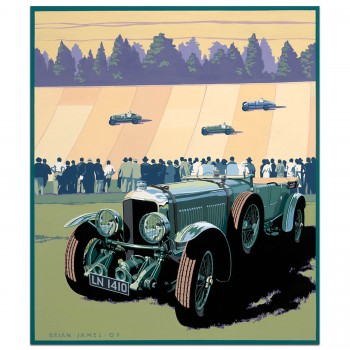 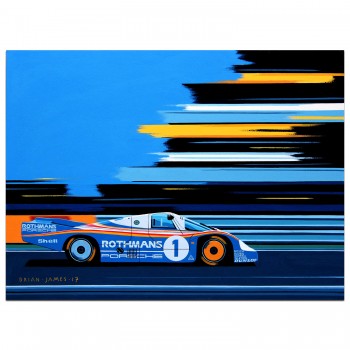 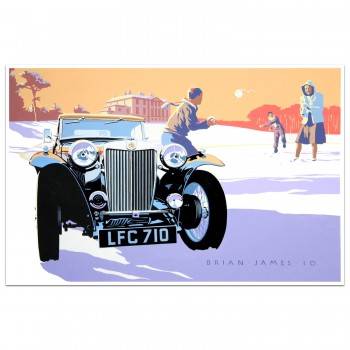 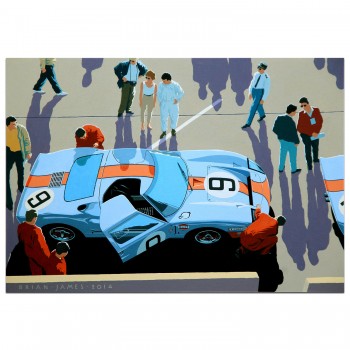 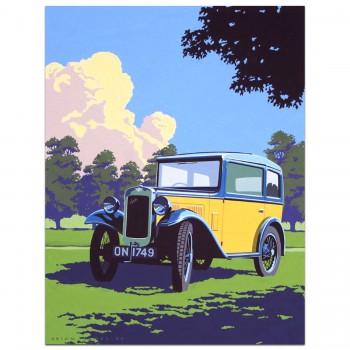 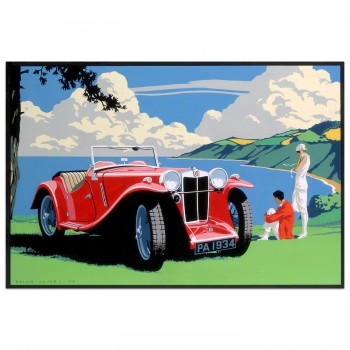 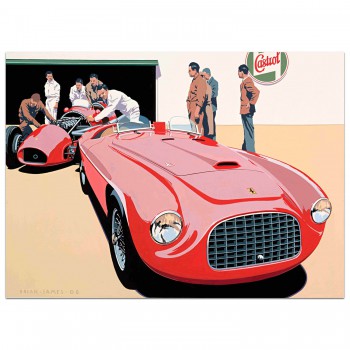 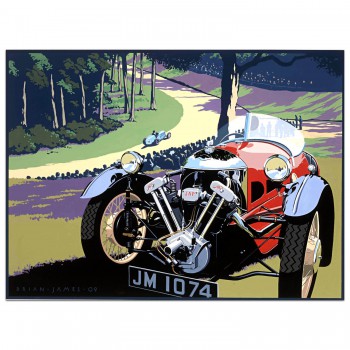 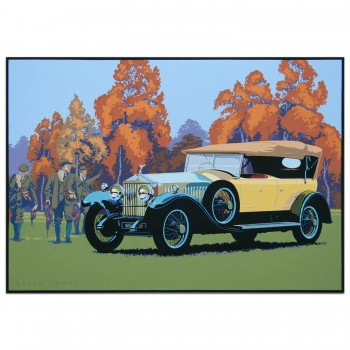 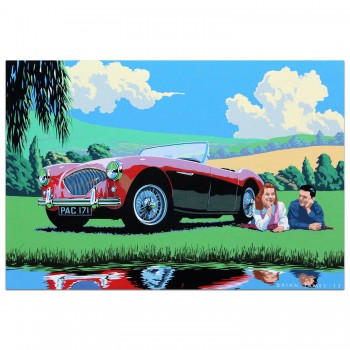 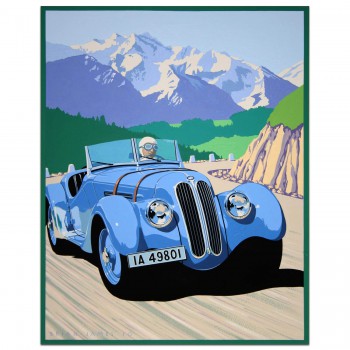 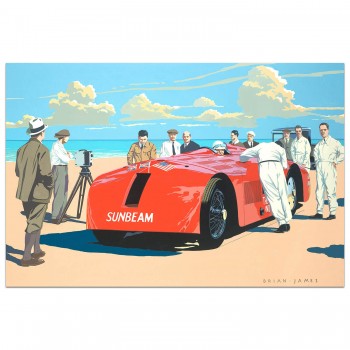