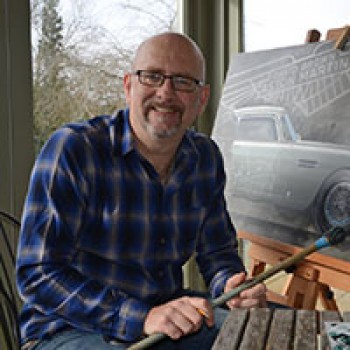 His father, a marine engineer, nurtured this early fascination with cars and machines and taught him how to rebuild engines and maintain cars in the family garage.

After leaving school Bolam trained as a graphic designer and became a sought after freelance illustrator and lettering artist. He went on to run his own Central London Design Consultancy for nearly 20 years, working with many leading international companies and brands.

He started painting for pleasure in 2005 and made the transition to painting full time in 2014.

Having always been interested in car design, in particular the flamboyant designs from the Art Deco period and the evocative styling of post war sports cars. Bolam had been thinking for some time of creating a collection of artworks that paid homage to work of the designers, the beauty of the forms and design detailing.

“The lightbulb moment came when I thought about using Aluminium instead of canvas or board as a painting surface” says Bolam.  “These vehicles often had Aluminium bodywork so it felt very appropriate and opened up lots of possibilities to use the metal as part of the composition and to introduce a sculptural quality to my work.”

Using oils and glazes on specially fabricated aluminium panels Bolam applies different surface treatments to make the aluminium panel part of the artwork. Some areas are polished, other areas are etched with acid or textured to introduce features  of the car or elements of the background.

The final combined effect is stunning and unique with each artwork reacting to the lighting and position of the viewer to bring it to life. 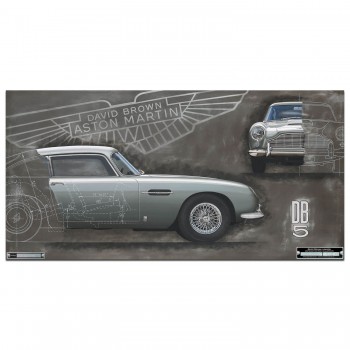 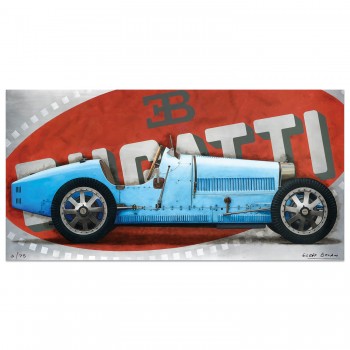 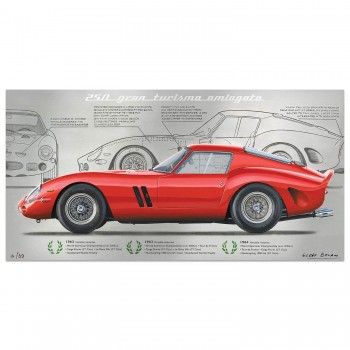